2019 'Role Models of the Year' announced 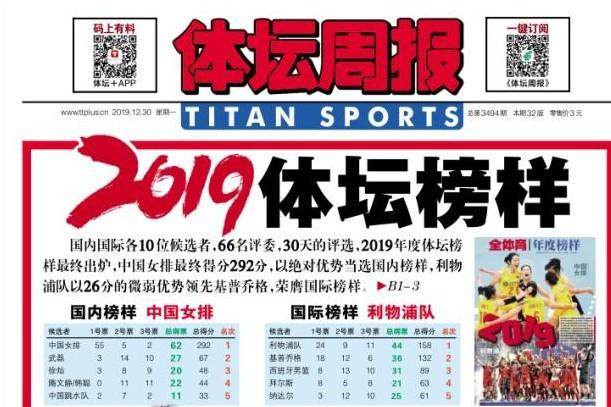 Chinese Women’s volleyball team is no doubt the role model for all Chinese people. As a symbol of Chinese sports pride, Chinese Volleyball team continued to garner victories, medals and international acclaim after winning the golden medal in the 2016 Rio Olympic Games. In the 2019 FIVB Volleyball Women's World Cup, they successfully defended the trophy with an unprecedented 11 wins in a row. After returning to China from the tournament, they received a presidential greeting in the Great Hall of the People. Chinese Women’s volleyball team in China not only represents sustained victory or piles of prizes, but a special sporting spirit --- unflagging efforts expending tears, blood and toils in adversity to achieve goals, for good of the people. 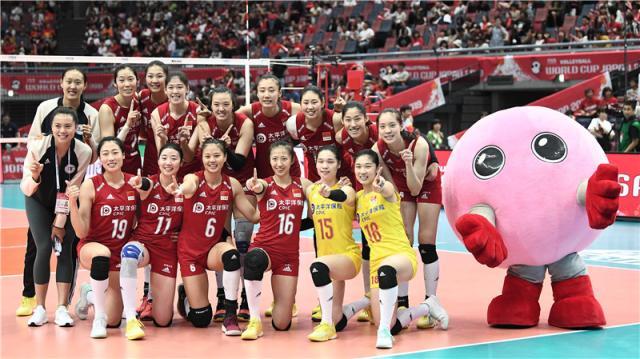 In the international category Liverpool F.C won the most kudos from Chinese sports media. On June 1st ，Liverpool players lifted the UEFA Champions League trophy after beating domestic rival Tottenham Hotspur 2:0, 14 years after their last title-winning in 2005. In the domestic league last season, Liverpool amassed 97 points, though not enough to beat Manchester City, and recorded the highest runners-up points tally in English Premier League. In the recent 5 months, Liverpool F.C have won 19 of the 20 premier league matches, amassing 55 in all possible 57 points. With the jaw-dropping record, Liverpool F.C are not far away from their first top division title after 1990. In the year a few prominent individuals of Liverpool F.C stand out, having received acclaim from fans, journalist and experts. In the 2019 FIFA Men’s Player of the Year, as the only media representative from China, Titan Sport awarded Virgil Van Dijk a 1st-place vote and Sadio Mane a 2nd-place vote. In the best coach category of the same prize, Titan Sports voted Jurgen Klopp as the best coach of the year. In the 2019 Ballon D’or prize, once again, as the only media representative from China, Titan Sports inked 3 names from Liverpool F.C on their vote: the 1st-place tribute awarded to Virgil Van Dijk, the 3rd-place given to Sadio Mane and the 5th-place for Alisson Becker. In December, Liverpool F.C claimed their 1st world champions trophy in the Club World Cup held in Qatar, ended the calendar year with another achievement. 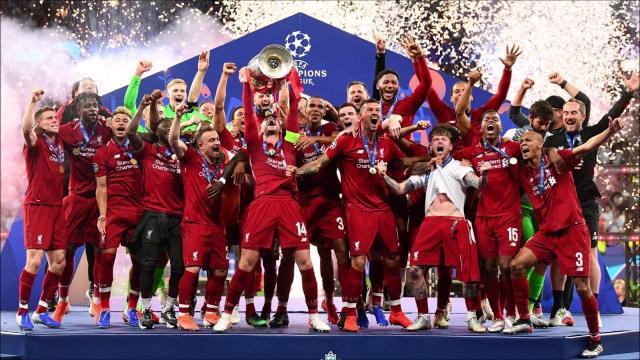 ‘Role Models of the Year’ is a media prize founded by Titan Sports Media, one of the biggest traditional sports media groups in China. The winner is selected through votes from the most respected Chinese media outlets. In 2019, Chinese Women’s Volleyball team is a role model in domestic sports inspiring Chinese people to scale up new heights. Liverpool F.C, as the most successful team in the most popular sports in the world, with their exciting, attacking and entertaining football, have gained numerous new fans in China, after an array of awe-inspiring moments of the year. The two role models shall be honored and remembered by Chinese sports followers as inspirations for their lives, fraught with difficulties, challenges and hopes.