According to CSL official vote, Ba Dun is awarded the CSL Round 7 best player. He scored a brace to help Tianjin JMT equalize twice, before Robert Beric's winner sinking Shenzhen. For the 2nd Round in a row the award is given by CSL to a Tianjin JMT Player(Round 6: Farley Rosa). 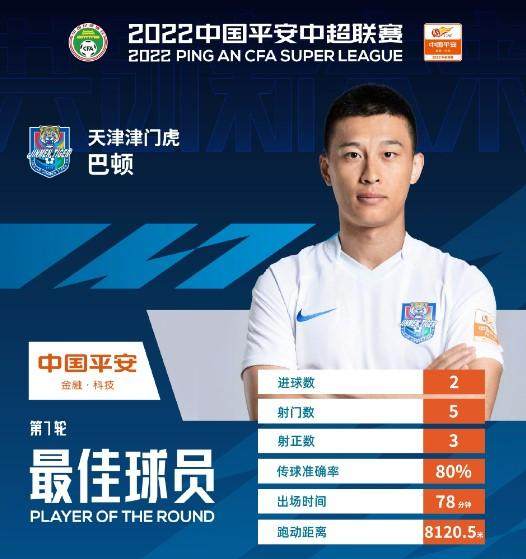