Tan Long scored China's only goal in 3 matches in the EAFF-E1 tournament. Changchun Yatai, Tan Long's club, is set to award the 34-year-old striker in commemoration for his contribution to the national team. The veteran striker has played for Changchun Yatai for 5 years since 2017. 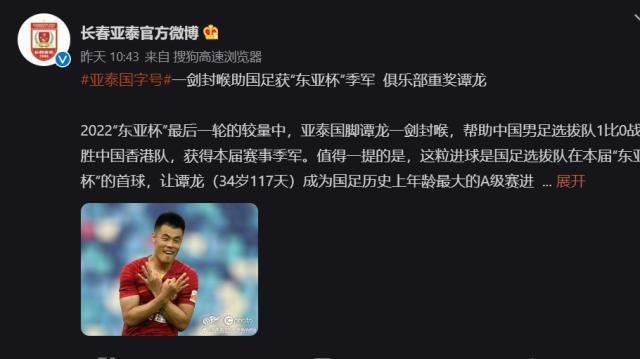